The classic career path always leads upwards: entry-level job, senior position, leadership role. But not everyone is up to the pressure to take responsibility and lead a team. Is it then possible to get out of the leadership role again?

“If you are dissatisfied in a responsible position, it is first important to recognize the reasons for it,” says career advisor Katrin Zetzsche. “Do I feel overwhelmed and could I get this under control through further training? Or would it be possible to delegate some tasks?” If this is not the case and the dissatisfaction persists over a longer period of time, the only thing that will help is changing your role.

If you want to stay with the company, you should talk to your own supervisor as early as possible about the desire for “downshifting” and present the situation openly. One possible way is to move to another department. This is recommended by Nadine Pfeiffer, a business coach from Cologne. “Leaving a leadership position is of course much easier to communicate when you join a new team,” she says. Because, depending on the situation, the step otherwise leads to uncertainty among the employees: After all, not only did the manager misjudge himself – but also the management that promoted the employee to this position.

Whether in your own team or in a new department: the former manager should decide together with the supervisor how to communicate the change. Important: Do not argue with excessive demands! A good reason would be to want to work more on the content again and to worry less about administrative activities. The desire for more time for private life is also a good explanation. 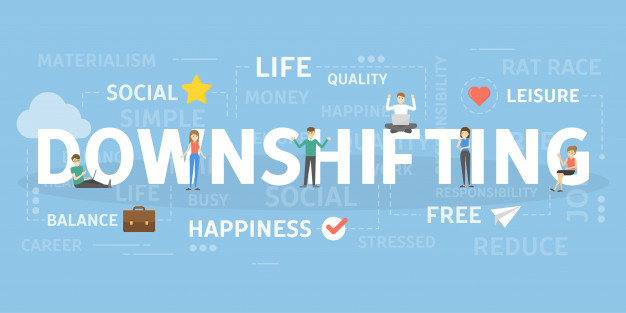 Have you made the change? Then it is important To fully accept the new role – even if it is difficult at first. “I probably have more detailed company information than my colleagues,” says Pfeiffer. “I shouldn’t act on these experiences, but leave the stage entirely to the new team leader.” Of course, you also have to be prepared for a drop in salary.

Downshifting is easier when changing companies

In addition, patience is required with the change. Because normally such a career downshift is not possible within a few weeks. “You shouldn’t suddenly announce that you want to work in a different position from next month,” says Katrin Zetzsche. It is best to announce, for example, in an employment interview that a change would be nice in the following half-year.

And what are the chances if you want to change the company – and apply for a position for which you are overqualified according to your CV? “The acceptance for such decisions has become much higher,” says Frank Schabel from the personnel service provider Hays. “Classic chimney careers aren’t as common as they used to be.”

But that too is a question of communication. Schabel recommends presenting the step as a conscious decision and citing plausible arguments – the desire for more content-related work or more time for the family is also well suited here, perhaps studying alongside work.

In most cases, whether an application is successful does not depend on the previous job title – but on your own performance and qualifications. “If you have performed well in your previous job, then many HR managers assume that you will bring enough commitment in the new position,” says Frank Schabel. “Even if you consciously take a step back.”