Cove, the town that I live in, has an interesting history.  I live on the slopes of Mt. Fannie, looking down upon the beautiful and fruitful Grande Ronde Valley.  Grande Ronde means “Great Round” in the native languages. The valley is surrounded by the Blue Mountains, of which Mt. Fannie is a part of.   Historically, the valley was the gathering place for many different tribes during the winter months, and there was a steady peace between them while wintering together in the valley. The mild winters here were very favorable to raising their families and the hunting was plentiful. Today there are seven officially recognized tribes located in Oregon.   We share, honor and respect this great land together.

Mt. Fannie is a strange name for a mountain I suppose, but it was a sweet honor to name the mountain after Fannie Cowles McDaniel, a very adventurous woman that climbed the mountain back in 1863 – the first known woman to do so.  The City of Cove was so named because it is a small community nestled into a nook of the mountain.  It was originally named “Forest Cove”, but the post office was quite frustrated by trying to keep the mail between “Forest Cove” and another Oregon city named “Forest Grove” separated.  Cove finally dropped the “Forest” from their name in order to satisfy the USPS.  Today we have approximately 500 people living here.  We have one school, one combination small store/gas station/ laundromat, one bar, one hamburger joint, a Sportsman’s Gun Club, and five churches.  Mennonite, Methodist, Episcopal, Seventh Day Adventist, and Baptist.  If you are a Latter Day Saint, you drive 10 miles to the south of Cove to the small town of Union, to attend the Mormon church there. The various churches are also open to other community activities, for example, the Baptist church hosts the bi-weekly senior meals, the “AA” Meetings, and an exercise class called “Fit Seniors”.  The Methodist church hosts the Friday Food Bank.  The Episcopal church hosts weddings and an annual “Cherry Fair” on their very lovely grounds.

Our small, local store keeps a running paper tab of your purchases if you wish, then you pay it down once a month.  And if you have any extra veggies from your garden, you can place them on the free table outside of the store for your neighbors.  In the spring I have picked up a few tomato and flower starts, too.

Cove used to be a very large fruit growing area, mostly cherries.  But over the years, the cherry crops failed too often due to colder weather, and the market prices were unfavorable, too.  The majority of orchards have been cut down and the land returned to their natural state for cattle grazing.  So, that’s a small glimpse into the history and environment that I thrive in.  I like the small town atmosphere.  Everybody waves hello to each other and takes care of each other.

The Blog Hop this month is titled “Home for the Holidays.”

I wish that I had been a little more inventive for you, but it seems that I just came up with the usual clusters, borders, and brads.  The holidays are such a busy time for me that I think my creative self is shared by too many different projects – I shall strive to be more inventive in my next offering for you!  As always, these are free for any use, personal and commercial.  All I ask is that you do a small kindness for someone else.  Please. 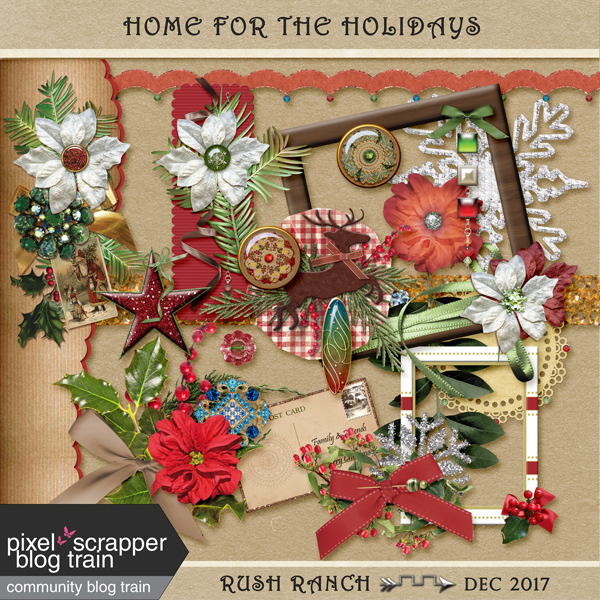 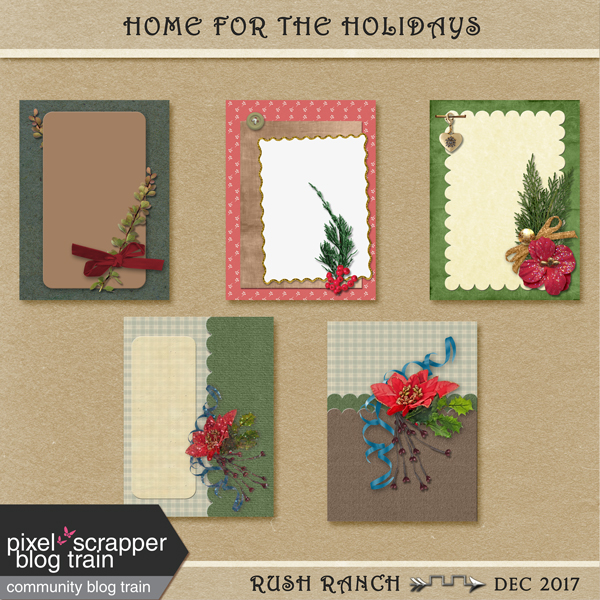 All my love to you and yours during this Holiday Season.  May blessings abound for you in the new year!